Throughout Jamey's career, his focus has been toward finding pragmatic solutions to contentious forest use issues that bring the forest products industry and the environmental community to a common ground. Breaking away from forest products industry tradition, Jamey was one of a small group of industry leaders in the mid 1990's who embraced the concept of forest certification. Jamey was also instrumental in the formation of a national initiative for the Forest Stewardship Council in the U.S., and went on to be elected to the FSC-US Board for three years, serving as the first chairman from the economic sector.

Citing his dedication, innovation and leadership in protecting forests, workers and wildlife, Jamey was awarded the Sustainable Standard Setter Award by the Rainforest Alliance in 2004 as part of their Profiles in Sustainable Forestry series.

More recently as Chairman of the Hardwood Federation, Jamey was a leader in building a coalition of NGOs and trade associations that supported the Lacey Act amendment to stop of the flow of illegal wood products into the United States. Internationally respected by both environmental and industry organizations, Jamey was asked to present at Chatham House (Royal Institute of International Affairs) in London, with the CEO of the Environmental Investigation Agency (EIA), on the success of the coalition's work.

International exposure is nothing new to Jamey. He began his career in the forest products industry at a timber agency in Liverpool, England after studying at the University of Edinburgh in Scotland. His work for Northland Forest Products has led Jamey to all corners of the world, promoting sales of American hardwoods in most of Europe and East Asia, as well as Australia and New Zealand. A first trip to China and Japan in 1980 started a long association for Jamey and Northland Forest Products with both of those markets.

Over the last several decades, Jamey has also donated considerable time, energy, and expertise to a wide array of local, regional, and national environmental and charitable organizations. The recipient of many honors and awards, Jamey currently is vice chair of the National Wildlife Federation Action Fund and chairs Friends Forever International. He is past Chair of the Cottonwood Gulch Foundation in northwestern New Mexico, which sponsors wilderness expeditions and outdoor programs for youth and families in the Southwest. He also Chairs the Tuckernuck Land Trust.

The French family has been in the hardwood industry in New England since the 1880's, and as a 4th generation lumberman, the forest industry's interests and perspectives run deep in Jamey. Land stewardship is a family tradition and Jamey serves as a Director of Meadowsend Timberlands, LLC, which actively manages both family-owned and other lands using sustainable forestry management practices.

Jamey is a long-time resident of Portsmouth, New Hampshire. He is married to Priscilla Stevens French, the Founding Director of Portsmouth ProMusica. They have three children. 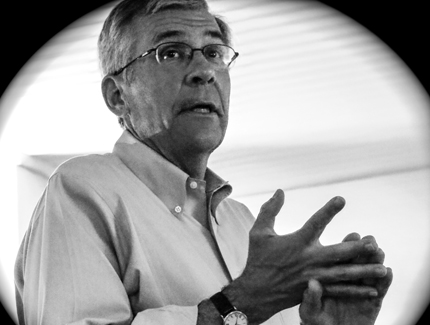 Current Industry and Community Activities include: